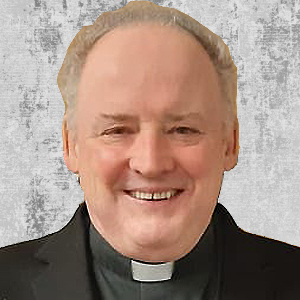 “And so the Lord Jesus, after he had spoken to them, was taken up into heaven: there at the right hand of God he took his place.” (Mark 16:19)
The Solemnity of the Ascension falls 40 days after Easter, calling to mind the witness of Acts 1:3 that the Risen Jesus appeared to the disciples over a period of forty days and spoke to them about the kingdom of God. In 2007, the Bishops of England Wales, following the practice of other countries, were given permission from the Holy See to transfer the Solemnity from Thursday to the Sunday before Pentecost. For 2018, it was decided by our Bishops to reinstate the Solemnity on Thursday, which falls this year on 13th May.  Observance of the Ascension is of ancient origin; it is the final element of the paschal mystery following Jesus’ death and resurrection. Recorded in the first Chapter of Acts, after Jesus was taken from the sight of his disciples, two men dressed in white appeared and announced that Jesus had been taken from them into heaven and would return in the same way. We live then in the ‘between time’ of Jesus’ return to sit at the right hand of the Father and his return or second coming. We are mindful that as we commemorate the physical departure of Jesus from earth, we are sustained for all time by his presence in the Eucharist. We recognise his presence in those around us and the sending of the Holy Spirit to renew the face of the earth. The ascension shows us our own glorious destiny: Jesus took his humanity to exaltation. He became human that we might become divine. As head of the Church and the body of Christ, he precedes us to his Father’s heavenly kingdom, where we, the members of that mystical body, may hope one day to live with him forever.  Grant, we beseech you, almighty God, that we who believe your only-begotten Son our Redeemer to have ascended into heaven, may ourselves dwell in spirit amid heavenly things. Amen